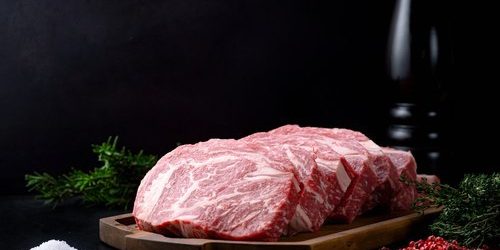 Recently, the Texas Beef Council hired 4 seasoned pharmaceutical reps to start selling beef to promote a healthy diet to physicians. While you may initially think promoting red meat as a healthy food would be a bad (if not terrible) idea, it is arguably time to think again. “Arguably” meaning that meat-lovers might have finally found hope…or not. 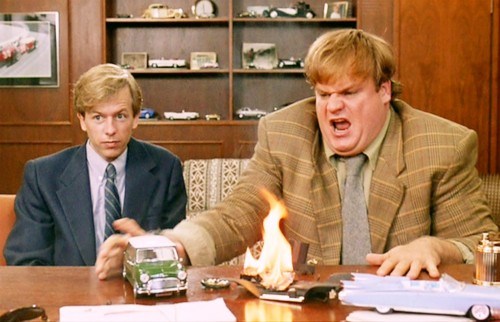 Chris Farley and David Spade in Tommy Boy, where a sale turns into a fail      source copyright Paramount Pictures

For decades on end, physicians have actively deterred their patients from eating red meat, a category that the beef  industry so deliciously defends. It’s unfortunate that a good source of protein comes with health risks, but who could blame them when the scary potential side effects of high red meat consumption can lead to some serious health issues.

PT: Um-hum, maybe, sometime, it’s, it’s no oily meat. But the meat, if you’re going to eat meat, I’m not eating meat. Come take a piece of chicken, because you can collect the grease around the top of the meat, especially pork or beef, ground beef.
DR: Really?
PT: No, it’s garbage.

Due to the increased levels of saturated fat, those with high cholesterol are more vulnerable to heart disease while additionally, “red or processed meats are convincing or probable sources of some cancers.”* In today’s world most of this information is publicly known and widely accepted, however there will always be conclusive reports combating the alternative option, most frequently pointing to “limited consumption” as a safe alternative.
Dr. Michael Greger sheds some light on the issue, comparing the idea of limited consumption to Twinkies in his powerful piece on misleading studies. He states that within the right consumption control metrics, nearly any food can be contextually manipulated to appear “healthy.”
While it may be cliché, physicians are sticking to their guns in saying that a well-balanced diet can allow some individuals to include lean, red meats. When it comes to risk averse patients (those with high cholesterol or previous cardiac events) however, physicians are entirely omitting red meat from patient diets to protect their health. Among other dietary intakes, red meat still holds the crown for “the first to go” when it comes to an adverse health event.

PT: And even on the way over, we stopped, and the only place we found was an Arby’s. So, I thought, okay fine, I’ll just get a beef and cheddar, whatever. It’s not going to kill me. Oh my God, that beef and cheddar made me so sick.
DR: It did try to kill you.

In the prolific world of medical terminologies and grey areas, curbing food consumption can be applicable in many instances to help enforce dietary change. What is important with this case is the fact that patients, doctors, and the healthcare industry as a whole, need to observe each case independently and uniquely. While red meat is a dangerous food choice for those with high cholesterol, it is important to evaluate the other culprits in play.
In this case, I feel that too many variables have been altered along with lean beef consumption to paint a pretty picture of “moderation.” Sure, beef can be substituted as a healthy alternative for some foods, but like Dr.Greger says, “Krispy Crème could be included, as long as we cut our total saturated fat intake. What the researchers fail to mention is that our risk would drop even lower if we dropped the beef.”
As a meat lover, I was initially hopeful. The idea that beef could be a healthy substitute for kale IS too good to be true. Like articles, people, and internet headlines in 2017, you can never judge a book by its cover! Even if Pharma reps are now “Farma reps” selling meat, you always have to put your health first.