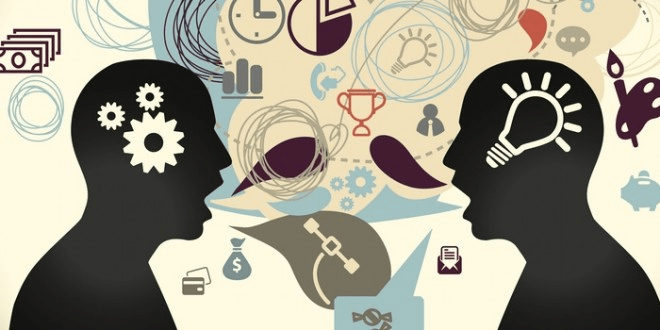 A Linguist’s response to the film Arrival

There’s been some hype about the new film Arrival, and some newfound attention to the field of linguistics. Rather than point out all of the inevitable liberty-taking that comes with projecting an everyday life onto the big screen, I wanted to show my appreciation. And the way I’m going to do that is by comparing the film to one of my other favorite sci-fi classics: the 1962 Twilight Zone episode ‘To Serve Man’.

For those who have not seen either, I highly recommend you do. In the meantime don’t worry, I won’t go into details.

The essential plot of both films is the same: an alien race happens to drop in one day, sending the people of planet earth into a frenzy. What is to be done? The government calls in their team of scientific experts to figure out why exactly these extra-terrestrials have popped ’round for a  visit. 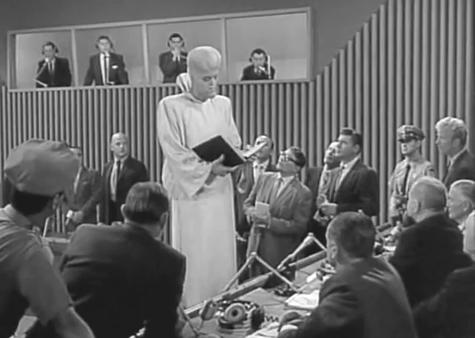 In the Twilight Zone version, these experts take the form of cryptographers, code crackers working to decipher the secrets of their adversaries. In Arrival, the protagonist is a linguist. While the distinction here may seem trivial, I think it’s significant.

In choosing a linguist, we move beyond detached codes, and arrive at language. Language is the means by which humans (and extra-humans) express how they think about the world and communicate with each other; not just to pass on hidden messages, but to tell jokes, make friends (and enemies), or politely insinuate that your boss has salad in his teeth, to name a few. The linguist in Arrival knows that in order to ‘crack the code’, she must interact with the visitors. And indeed, the team is only able to make headway once she is able to open a dialogue.

After a scene in which she and one of ‘the arrived’ connect through a mirrored gesture, she says to herself (and an audience learning the value she brings) “now that’s a proper introduction.” While her physicist and cryptographer teammates have nowhere to begin, the linguist is the only one who understands the essential building blocks of interaction, and opens the door to mutual understanding. 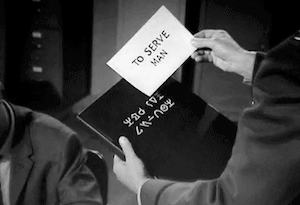 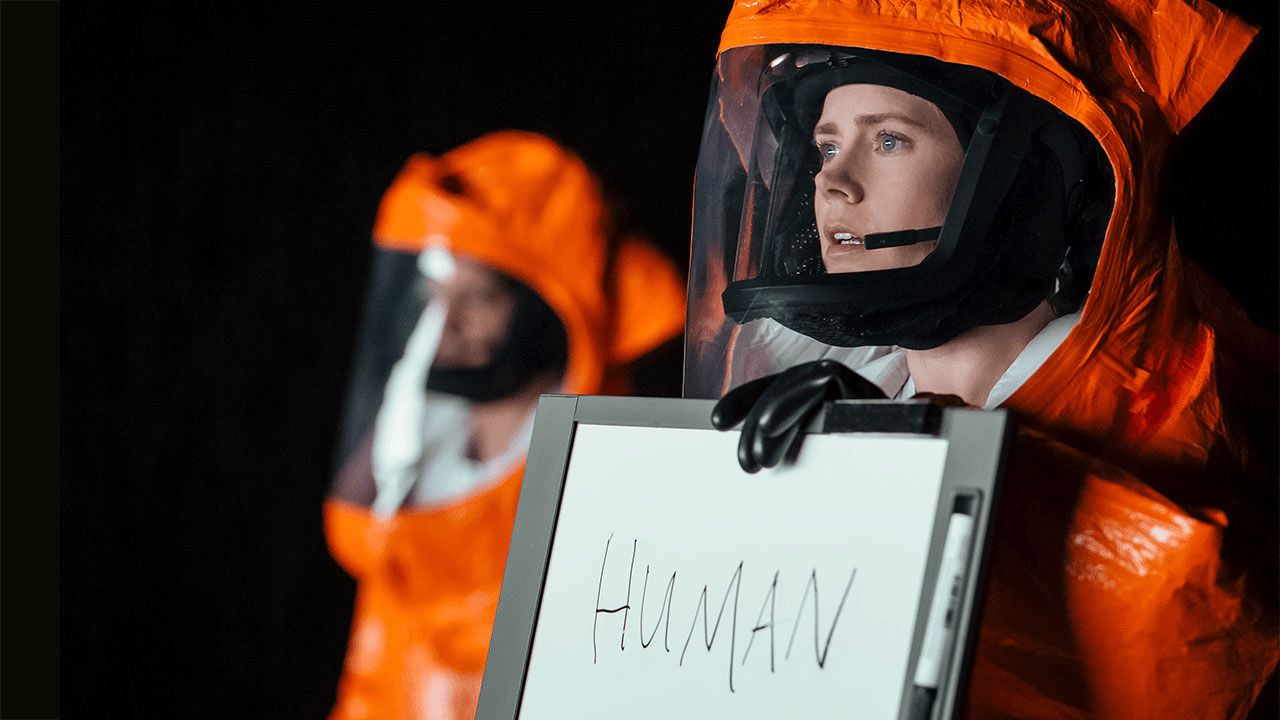 Neither ‘to Serve Man’ nor Arrival stop at the first revelation. Both go on to show us the dangers of miscommunication- how misinterpreting a single word can throw countries into chaos and destruction. But while the former centers on the disastrous results of such a mis-translation, the latter places a spotlight on the process of interpretation itself. It shows us how language is so critically entwined with who we are. Arrival is so much more than a story about aliens. In the end, it’s about the human experience. And it needs a linguist to guide us.

So yes, I will forgive this film for taking some liberties (after all, I don’t watch Indiana Jones and lament the misrepresentation of archaeologists). I think it has done our profession a great service in highlighting the value a linguist can bring, and we don’t need to be talking to ET to take advantage of this power. Linguists excel in identifying and bridging communication gaps across generations, cultures, and institutional roles. Just as the team in Arrival wonders whether a message will be accurately identified as a question, a patient in the exam room may be wondering the same thing. And there too, linguists, equipped with the fundamentals of communication, can open the door to mutual understanding.

Julia Weisman is a senior analyst at Verilogue. She has a BA in French from Carleton College and a Masters in Linguistics from Georgetown University.